Moving to a new country, or even contemplating such a move, is somewhat like being hit with a tsunami of doubt and questions. Everything is different, and sometimes seems overwhelming. There’s a saying here at Lakeside that everything you want is here, it’s just a matter of finding it. That “finding” can be fun … or completely frustrating.

There’s a micro industry here built around helping people answer the many questions involved with this adventure ... Focus on Mexico brings groups of people here to give them an immersion into the area and a carefully crafted examination of the most pressing questions of where to live and how to deal with the unfamiliar rules and regulations of Mexico.

Several Facebook groups provide forums for people to ask questions about where to find things, how to deal with the immigration regulations, and what’s happening locally. (Ajijic Newbies also brings people together for periodic luncheons to help newcomers make friends and ask questions in person.)

And, there’s Jerry Brown’s videos, a visual encyclopedia of what’s going on in the Lake Chapala area. 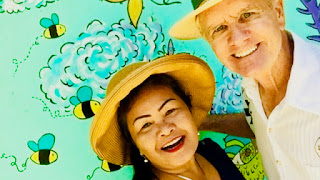 Every week, Jerry, and his wife Lori, produce a video about life in the Lake Chapala area. Every week! A project that takes about 25 hours of his time. So far, they have produced almost 300 videos and have about 25,000 subscribers and over 3 million views.

My main question as we talked was “Why?” Part of their answer is presented in their YouTube Channel introduction … to help people know if moving to Mexico is right for them and to provide answers for the many questions involved.

However, as we talked, it became clear that there was more going on. There is an air of generosity that seems to hang over Lake Chapala. So many of the people I’ve met here have started or are avidly involved with projects that help people and animals here. Once a year, at the weekly lecture series called Open Circle Ajijic an engineer presents his almost twenty years of research and work to improve the water quality of the area (made a bit more dramatic when he drinks some of the water directly from the lake). A Canadian woman started and matches individual donors here and in the US and Canada with over 100 university students here. A Mexican folk art fan started the Feria Maestros del Arte 17 years ago and it has become the premier folk art fair here in Mexico.

The list of immigrant contributions to the area is long and impressive. From teaching English, rescuing street dogs, working in orphanages, building cleaner water systems in villages, organizing food donations for the poor, creating a summer art camp for kids, or bringing in cultural events for the local people, many people I've talked with here have reinvented their lives.

Jerry Brown had never done a video before he and Lori came to Ajijic. They have traveled extensively throughout their lives and wanted to help people better understand everything involved with moving to a new culture. When his son suggested making a video, the idea clicked. Now Jerry calls it “our Peace Corps” as they dedicate their time to answering questions and providing a constantly updated source of information for people contemplating moving here as well as all of us who have already made the move.

Jerry Brown’s travel videos are popular because they give a quick overview about the area and everything involved with immigrating here ... also because they are fun to watch. One of their videos shows them as lumps in bed, slowly coming out from under the covers ... fully dressed, of course. Their interaction in the videos is always fun to watch.

Lori is a delightful, energetic woman who escaped from Cambodia as a young mother and has an unsinkable enthusiasm for life. One of my favorite stories they told was about the time when Jerry was training for a marathon in Hawaii and … at the last minute … without any training ... Lori decided to do it also. And, she did. Her time was 8+ hours, but she finished and went on to do 14 marathons and 3 triathlons.

Here are a couple of examples of the videos they produce:


And, the big question, of course, since we all see the ads that come with YouTube videos:


Does he make any money with these videos?

There are two types of artists: the ones born with paint brushes in hand and a waiting line of astonished adults ready to heap praises on their work … and the rest of us.

I’m not complaining. It’s just a fact that no one was any more surprised than I when I became a writer and an artist. There is a growing legion of us grateful late-bloomers. However, I’ve noticed that I still look at those life-long artists almost as if they are a different species … homo artisticans … born artists … “real” artists.

I met one of “them” at an art show here in Ajijic. We were both in the same show, both members of the same art society … but she was … well, different. Her abstract paintings were stunning, everything about her was color and style, and when we talked, she sounded like an artist with her international accent and her fluid conversation about her work. One thing she said shifted my opinion of her from “perfect, privileged artist” to “interesting person I’d like to know.”

Robina Nicol moved to Ajijic about six years ago from Canada, where she lived after emigrating from England as a child. For the past five years she has volunteered as an art teacher with the LCS Children’s Art Program and with the summer Art Camp. The painting that connected us is shown above and when I asked her about it, she talked about how much the children in the art program had affected her, inspiring her to paint with a looser style and bring more joy into her art.  She describes what she gains from her work with the children, “They have that joie de vivre spirit. They aren’t afraid to grow and try things."

Her humble, open approach to life and art drew me in, and a few weeks ago, she offered a class on “the rules of abstract art and how to break them." It was a painting class and I had spent years trying to paint before I fell in love with digital art. I had no intention of taking up painting again but I wanted to learn from Robina and she invited me to join the group. While I can’t claim she transformed me into a painter, I learned a lot with her and practiced what we call “art yoga” where I stretched my thinking which resulted in new work.

However, what I truly loved was being in her incredibly beautiful space. Robina says her purpose in life is to make everything a little more beautiful than it was. Her home reflects that drive with its lime walls, turquoise walls, hand-painted furniture, large, colorful canvases, and a bathroom where the multi-colored wall was so luscious it made me want to lick it. (I didn’t.)
Surrounded by the comfort and beauty of her home, Robina told me about her life. Growing up as a Brit in French Canada, she never felt like she fit in. While, her story confirmed that she was a “born artist,” perhaps it wasn’t a paint brush she was born with, but rather a handful of silk and a needle and thread. She began life as a designer, constantly drawing fashions, making clothes for her dolls, aprons for her dad’s work, her own clothes. At 10, she had saved up enough money for her first sewing machine and by age 12, when she was ready for a bra, she knew she could make it herself. 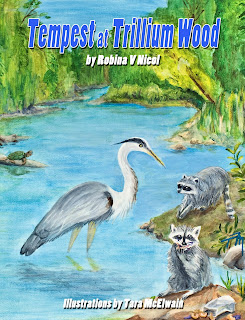 I hadn’t heard this story when I saw her in a coffee shop one day wearing a stunning lime green-outfit. When I commented on it, she said, “I made it.” I was gobsmacked. I have a history with sewing machines and making clothes … a frustrating, unfortunate history. When I expressed my shock, she said, “Oh, I was a designer.” To me, drawing a picture of a piece of clothing was a comprehensible action. Turning that drawing into a hand-embroidered, designer outfit was the work of the gods. It was that encounter that made me determined to know more about this multi-talented woman. (She is also a writer and has published a children's book about death.)

One of the fun things about being in Ajijic is hearing the life stories of people who live here. A thread that seems to run through a lot of those stories, such as Robina’s, is independence and curiosity. She dropped out of school at 15 1/2 and went to work. (At age 59, she went back to school to study journalism at Concordia University.)

She spent most of her career working for McCalls' (the pattern company), traveling across Canada. After the McCalls job ended, she began a lingerie company, Lotus Wear, with a line called “Naughty Nothings.” She married twice and has a son who lives in the US.

When I asked her how she got into painting, the story surprised me, although, by then, it shouldn’t have. In 1970, when the Apollo 13 mission developed problems that threatened the mission and the astronauts aboard, the world tuned in to watch. The images that flooded televisions everywhere sparked a need in Robina, a need to capture the feelings prompted by the images she was seeing. She rushed out to buy paints and brushes and has been painting since then. One of the frequent themes in her paintings is the Phoenix, an image of rebirth, that she says represents her own life of rising again and again after challenges and losses.

Robina says that one of the things she likes most about herself is “curiosity.” Curious about everything, she has studied palmistry and astrology and is currently studying 2500 year-old Babylonian astrology. She believes moving to Mexico gives people the freedom and time to become themselves, exploring things they may never have had time for before. Naturally, she says it in her own way ...

“Weave your own tapestry … and wear it!"


The take-away from this lovely conversation with Robina was that it doesn't matter whether we are "born" an artist or a late bloomer, what matters is that we keep on learning and expressing and sharing who we are with the world. Thank you, Robina!